We explore whether dealers think diesel’s days are numbered in the used market and whether their stocking strategies are set to change accordingly. 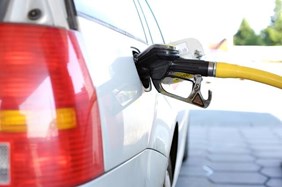 Declining demand for diesel vehicles in the new car market has been a long-running narrative, ever since the Government announced in 2017 its plans to ban the production of all diesel and petrol cars by 2040.

Since then, not a month has gone by without a dip in demand for diesel vehicles being reported. Recent figures for July released by respected industry body The Society of Motor Manufacturers and Traders (SMMT), report a 20% decrease in demand for diesel – marking over two years of consecutive month by month drops.

However, while the sales of new diesel cars have taken a dive, the used car market has remained remarkably resilient. This time last year SMMT figures reported a 3.2% surge in demand for diesel vehicles, bucking an overall 0.4% drop in the general market.

Fast forward to this year and diesel’s defiance is also starting to disappear. Our recent sentiment survey results show a decline in diesel, resulting in dealers beginning to rethink their current stocking strategies.

Signs of decline in the used car market

A third of all dealers surveyed reported experiencing a fall-off in demand for diesel stock, while a fifth expect demand to decrease even further by the end of the year. Faced with such a decline, 38% of those dealers spoken to said they planned to buy less diesel stock.

So, with such signs now coming out of the used car market are diesel’s days numbered?

Well, not entirely and certainly not in the short term. Our sentiment survey also revealed that nearly half of dealers expected demand for diesel vehicles to remain consistent in 2019 and as a result, would continue to buy diesel stock.

Diesel demand is certainly showing signs of waning in the used car market, but it’s not alone.

The latest quarterly report from the Society of Manufacturers and Motor Traders (SMMT) show that used car sales have fallen every month this year, apart from March.

While diesel is a big part of this trend, it is still worth remembering that the same SMMT figures show that both diesel and petrol combined still account for 98.3% of the used car market.

With such a large market share, readily available stock and plenty of consumers still interested in buying diesel vehicles, it’s understandable that some dealers are not quite ready to ditch the diesel just yet.

Dealers’ switch on to AFVs

For those dealers that want to drop diesel from their forecourts, alternatives are emerging in the market. From the same SMMT quarterly report, demand for Alternatively Fuelled Vehicles (AFV) continues to grow, up 24.8% in the last quarter with 33,492 models changing hands.

As AFV stock availability increases and consumers become more switched on to the benefits, the opportunities for dealers will increase.  Our sentiment survey results show it’s a message that is already resonating on the forecourts, with almost a third of dealers saying they plan to increase their Alternatively Fueled Vehicle (AFV),  numbers this year.

Overall, conditions in the market are tough but those dealers with the agility and flexibility in their business, particularly in terms of funding, will be best placed to take advantage of the opportunities available to them.

The challenge for those still choosing the diesel option is buying the good stock at wholesale. Those dealers set up to buy from multiple sources and paying strong prices for good quality diesel stock will reap the most rewards.