Almost one in three dealers are planning to increase their Alternative Fuel Vehicle (AFV) stock as a result of the Ultra Low Emission Zone (ULEZ) and rollout of Clear Air Zones (CAZ). 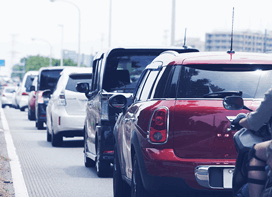 When asked about the specific impacts the new emission reduction initiatives would have on their business, 28% said it would result in them increasing the number of AFVs they make available on their forecourt. One in five of those asked said the rollout would also result in them reducing their pre-Euro 6 diesel stock.

A significant 87% of dealers said they expected the new schemes to have some sort of impact on their trade.

However, only 3% of dealers anticipated an impact on footfall.

Liam Quegan, NextGear Capital Managing Director, comments: "Although only affecting central London currently, low emission zones will soon to be part of everyday life in towns and cities throughout the UK and, over time, will inevitably influence used car and van buying decisions.

"As the number of clean air zones in operation increases and public familiarity builds, more and more consumers in the market for a used vehicle will be prioritising those that are ULEZ and CAZ-friendly. So while we’re unlikely to see too much change on forecourts outside of London immediately, I’ve no doubt the clear air agenda will ultimately bring about a change in the average dealer’s stock profile, particularly in and around our major cities and towns where the greater concentration of people and vehicles is creating air quality concerns.

"Bearing in mind general awareness of ULEZ is reportedly poor, I’m encouraged so many dealers are already tuned into this and preparing themselves and their forecourts. As ever, it’s the most agile dealers who’ll shine in the long-term."

Will ULEZ and CAZ have an impact on buying decisions?

London’s ULEZ went live on 8th April and a number of cities and towns will launch their own CAZ schemes from next year onwards. Each initiative is tasked with improving air quality, and while not all local authorities are looking to introduce road charging, such as the pressure to ultimately reduce the number of older, higher-polluting petrol and diesel vehicles on our roads, it’s likely many will.

This will inevitably have an impact on buying decisions as used car and van buyers seek to ensure the vehicles they purchase will not inadvertently be subject to charges if driven in city centres in the future.

As the rollout of low emission zones gathers momentum, it’s predicted demand for pre-Euro 6 diesel and pre-Euro 4 petrol stock will diminish, particularly in urban areas, while demand for future-proof AFVs will increase, with wholesale values shifting accordingly over the coming decade and beyond.

A challenge facing motorists is that the criteria for which vehicles will or won’t be penalised will vary from scheme to scheme as the Government has prescribed four options and delegated the responsibility to implement to local authorities.

London’s ULEZ, which is enforced 24/7, charges all pre-Euro 4 petrol and pre-Euro 6 diesel cars and vans £12.50 per day. Birmingham’s CAZ scheme will target the same vehicles with an £8 per day charge when it launches next year, while other authorities are formulating their own plans ahead of launch in the next 12-36 months. Initiatives local authorities are able to consider over and above road charging includes anti-idling schemes, workplace parking levies, lower speed limits and, longer term, electrification of public transport and building more cycle lanes.