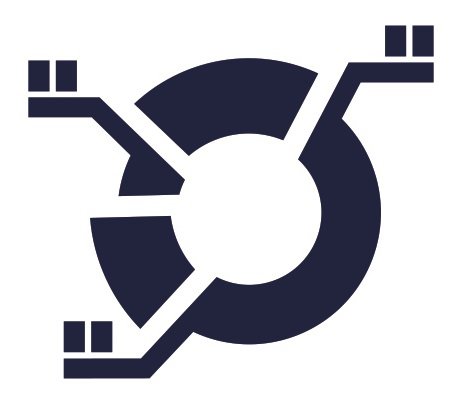 This month we’re seeing further proof of an emerging trend in the van auction halls. Vans offered for sale in front of the rostrum with little  or no MOT are fetching up to £400 less than their freshly-tested counterparts. It’s nothing new to say that vans in auction have been getting older in recent years; in May over 40% of all vans sold by Manheim were over 60 months in age. I undertook some analysis recently which showed over half the 3.8m vans on UK roads to be over 7 years of age. An older van does represent a better value proposition, as well as being the only viable option, with younger vans being so scarce in recent years. Vans are more reliable and durable than ever before, it’s not unusual to see a 51 plate van in clean condition, but I tend to forget that plate is now 14 years old!

So we have an ageing van population which will no doubt cause van ownership dynamics to change in future years. But what are we to make of this emerging MOT trend? There is clearly doubt in a buyer’s mind; especially true in the case of duplicate model pre-2008 stock. The value range up to £400 reflects lower bid values from buyers, in reality the cost to vendors is compounded because it doesn’t factor in the holding costs of the money tied up in the asset. Considering over half the vans we have sold this year have been between seven and eight years of age, our advice to vendors is not to ignore this issue, especially as we enter the seasonally slower summer months. Being older with more miles, vans with little or no MOT can present a greater risk to the buyer if a number of items require repair or replacement to pass an MOT test. I appreciate that a valid MOT is no guarantee of roadworthiness but a recent test pass does guarantee the van has flown through a detailed checklist. In recent years buyers have increasingly scrutinised van provenance, including detail of service history and number of spare keys. Now, clearly, MOT and length of MOT can be added to that list.

Age and model mix have been the key drivers of market performance over many years. It has been clear for some time that the dealer margins have been under pressure; specifically as van values have been so strong for so long now. But for how long has this perfect storm, of undersupply and strengthening demand, been brewing? A very long time and you have to look back a fair way to expose it. Not to the recession, yes that was a torrid time for all of us and saw average selling prices in many segments half in only a few weeks. No, it is fair and proper to look back further still, to 2006, or the last time the van market was universally acknowledged as being “on fire”. I recently undertook some Manheim sold van data analysis comparing Quarter 1 2006 to the same 3 month period in 2015. I’ll share the highlights here as I believe it to be very revealing.

In Q1 2006 the average age of vans sold in auction by Manheim was a whole year younger than Q1 2015. Average mileage was 8000 lower in 2006 too. Yet, despite this seismic shift in stock profile, in Q1 2015 vans sold for an average of 33% more money – or £1045 more in real terms. That is simply amazing. Twelve months older with more miles yet making £1000 more. Especially amazing considering in 2006/2007 we were all billing the van job as being the strongest on record! Last year I said van average values at auction had hit a glass ceiling and that appears to be the case. Please do not confuse cheap sensationalist headlines shouting of price falls and a softening van market; it is the contribution of the higher volumes of older vans behind these headlines. The devil really is in the detail.

In truth the van job has been good for many years now and the outlook remains very positive. I use the words stable and robust.  I love working in this great industry. It is an industry that has seen continued change and development, of product, of marketplace and of buyer and vendor dynamics. But it boils down to the same factor. The health and outlook of the UK economy drives the CV markets. We’re a vibrant, diverse and strong nation with one of the best performing new van markets in the whole of the EU. We’re staring down the barrel of record new van registrations in 2015, with the SMMT forecasting 355,000 new vans. The last record was set back in 2007 at 337,000. It’s only when those 355,0000 vans eventually hit the wholesale auction market, gradually over the next 3 to 5 years and increasing in volume to a peak towards the end of the decade, that I believe supply and demand will truly rebalance. That’s a long time in business. For businesses the time to invest in new or used vans is now. They are the lifeblood of any business and secure cash flow by delivering goods and services to customers right across the UK. Business is cyclical, so is the economy. Until these good times change, and even when they do, we’ll be working together as an industry to deal with everything the market throws at us.

Why? because we all ‘Love Commercials’ and love making Britain Great.